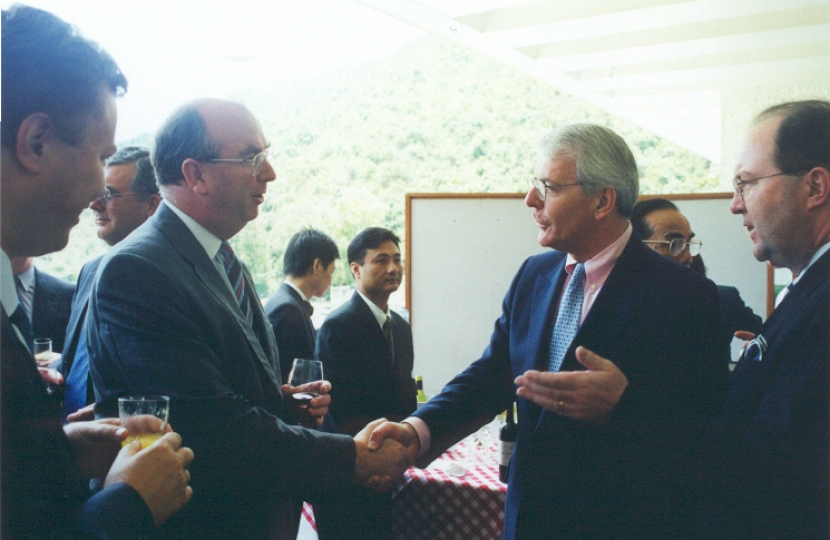 A proud history of engagement with Britons Abroad.

While some informal overseas groupings of Conservative supporting overseas Britons can be traced back to the 1970s, such as in Paris, Brussels and Berne, the story of Conservatives Abroad as it is today really started in the 1980s.

In 1985 the Representation of the People Act was amended to define who would qualify as an ‘overseas elector’ helping to clear up previous uncertainties. At this time Norman Tebbit MP had been made Party Chairman with Tom Arnold MP serving as his deputy.

Norman Tebbit soon asked the late David Smith OBE to return to Central Office to run a campaign to register the newly enfranchised overseas citizens, working under the wing of Sir Jim Spicer MP, Chairman of the International Office who was also then made the first Chairman of Conservatives Abroad.

David Smith found on arrival that there was no guidance, just a copy of the updated Representation of the People Act which had extended the franchise to expats and his first task was to devise a name for the organisation. He opted for Conservatives Abroad, a name that continues on today.

Conservatives Abroad was soon to sprout local groups and supporters across the globe and ingrain itself into the social fabric of many overseas British communities around the world. This was cemented by frequent visits by Cabinet Ministers and MP’s and in particular with all Party Leaders from Baroness Thatcher onwards making a point of meeting with Conservatives Abroad branches on their travels around the world.