A Tribute to Nelson Mandela 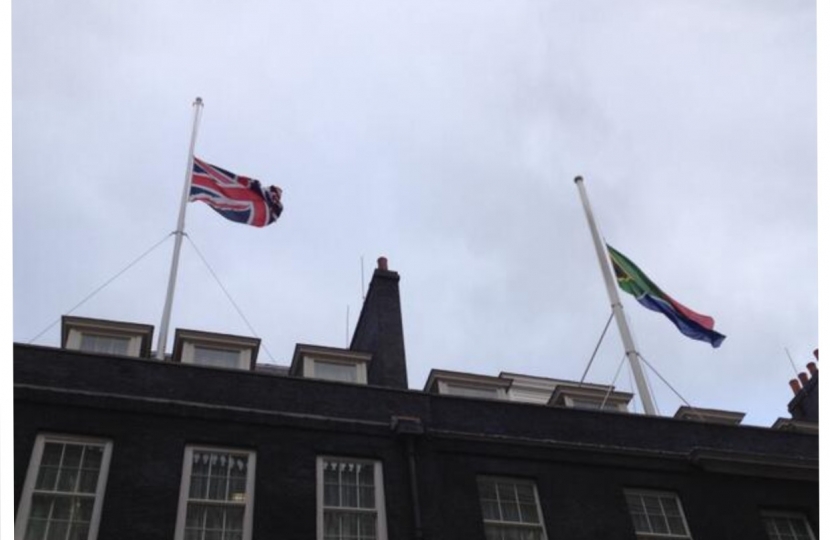 I remember an anecdote, in 1998. It was at a semi-formal dinner and I was sitting at a table close to his. A friend had brought her young daughter along. The child went up to Nelson Mandela and offered him her colouring book. He looked at her, took the crayon she held out to him, and he coloured in a drawing. That gesture is a symbol of how Mandela practised politics: he coloured in outlines drawn by others and gave them sense, while keeping an eye on the future, like  a colouring book is an omen of what a child may, or may not achieve when she moves onto better things. Leadership is about symbols and embodying symbols with actions. Take the rugby world cup: he put on the shirt, and suddenly the infamous green and gold Springbok jersey  became the blazon of the rainbow nation. Take the idea of reconciliation, the pivot of South Africa’s success story: Desmond Tutu drew the outlines of reconciliation, Mandela filled in the political gaps.  Take black empowerment: the idea came from the mining houses’ strategists, he adopted it and filled it in with the colours of economic redress. Take the question of amnesty to apartheid era perpetrators: he gave that  potential dangerous debate (leading to vengeance and retribution) a new shade, a shade of hope and said, famously, quoting the Scriptures: “Let bygones be bygones”. When I think of him, I thinkof a man who was able to look at a little girl and at her colouring book, and see the promise and the expectation, and meet them. What he did for that little girl, he did for a nation. That is called leadership.

Philippe-Joseph Salazar is also the author of a reference book on South Africa’s miracle: An African Athens (LEA-Routledge, 2002).