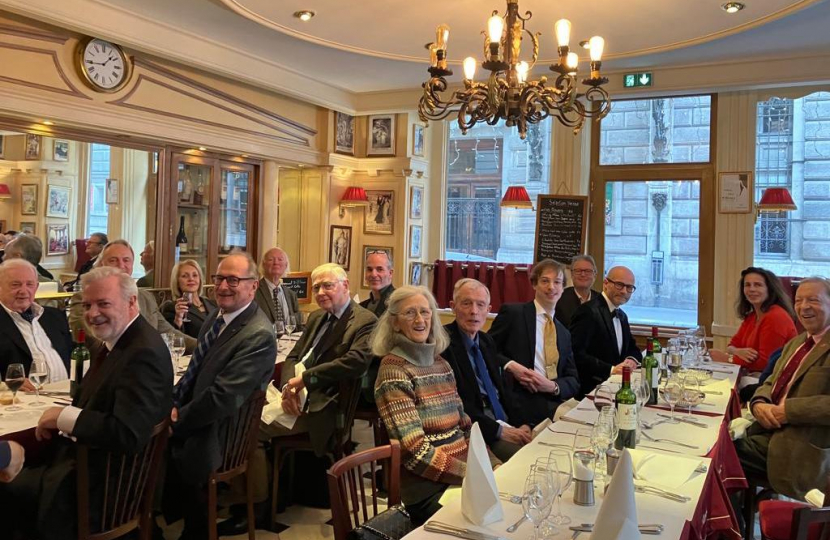 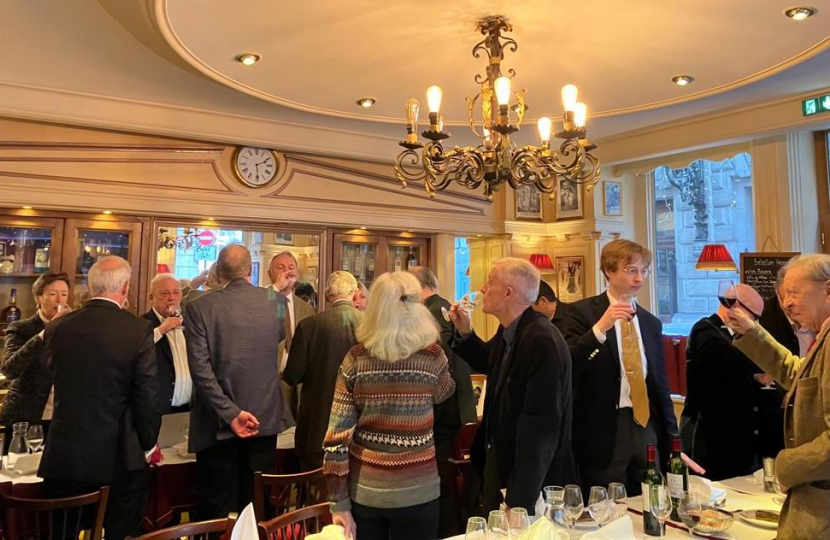 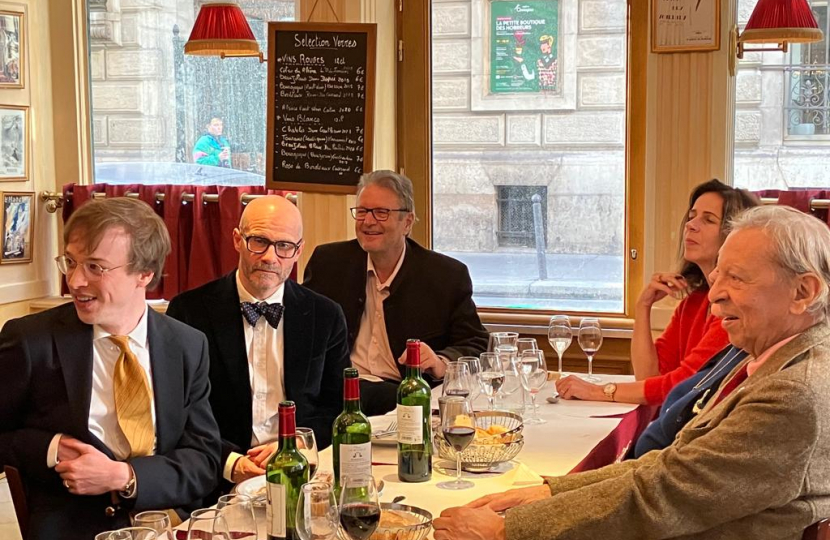 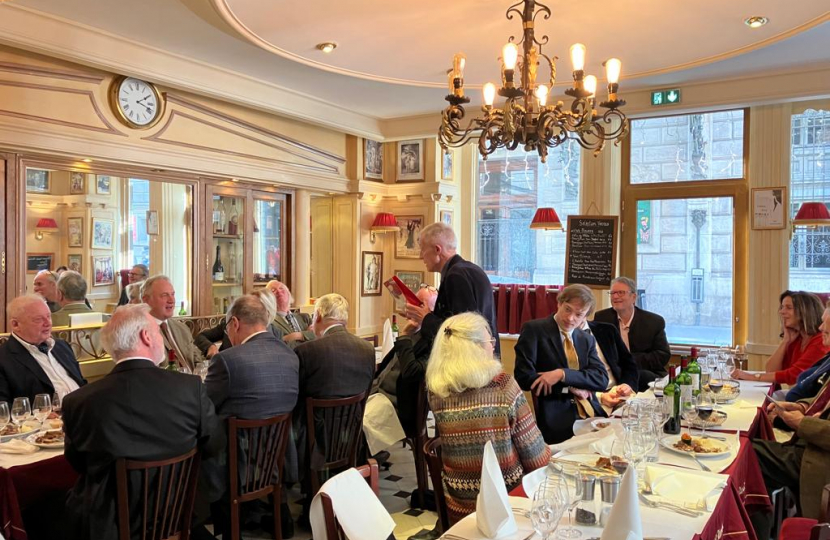 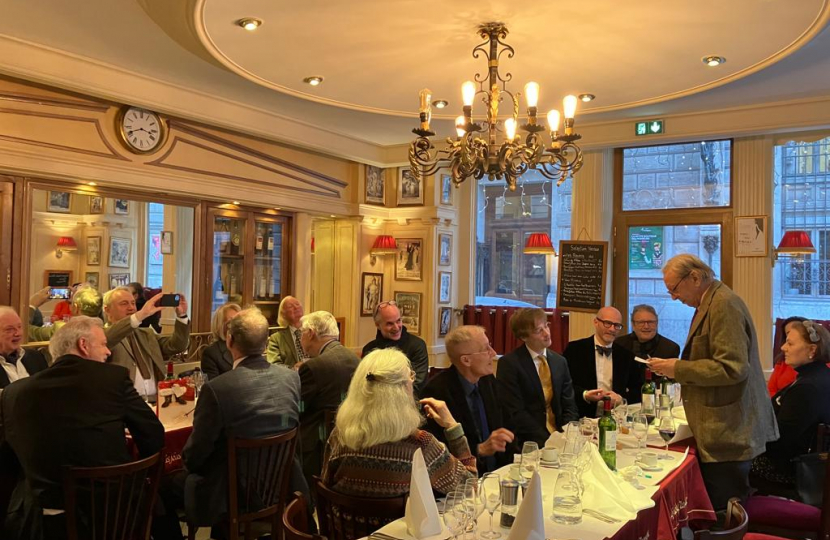 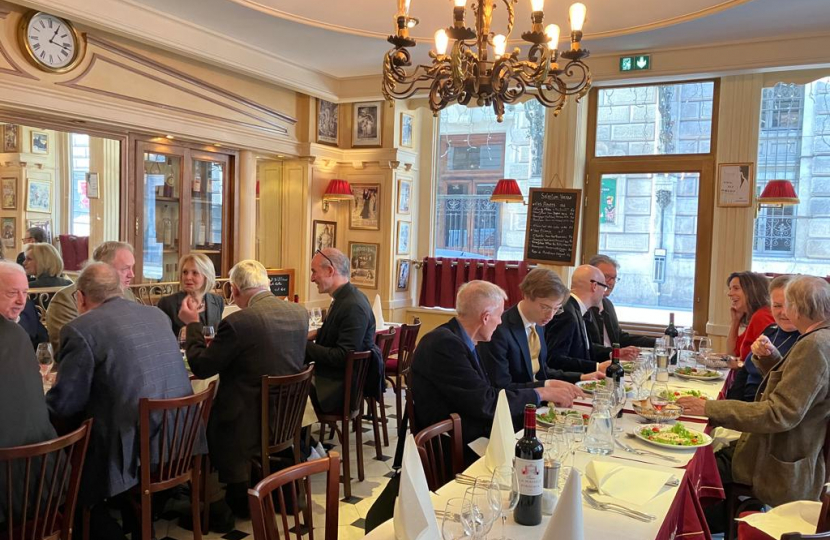 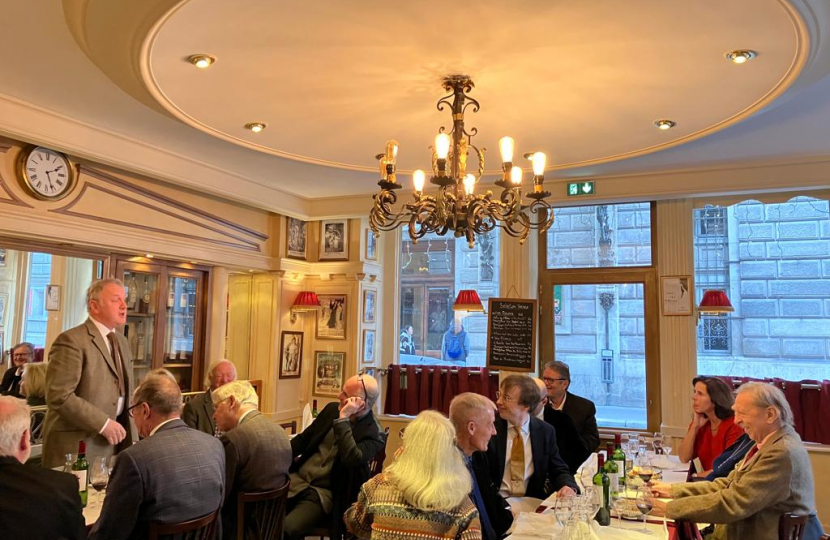 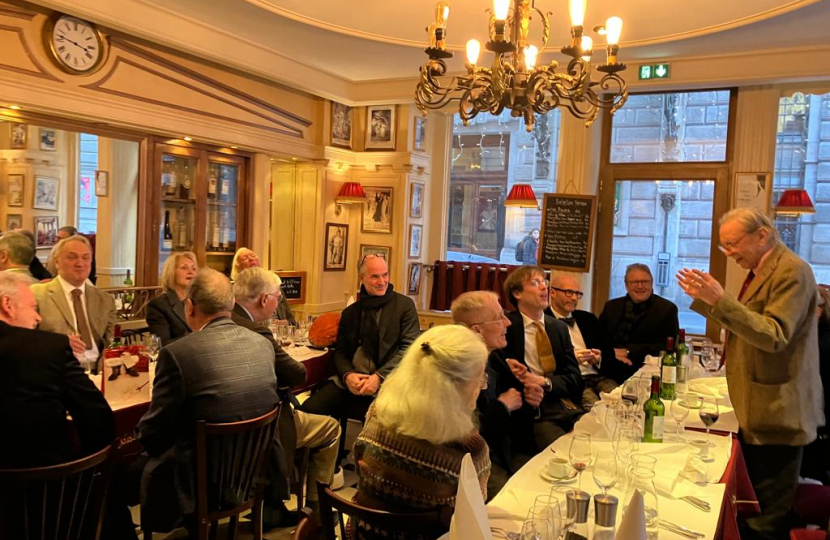 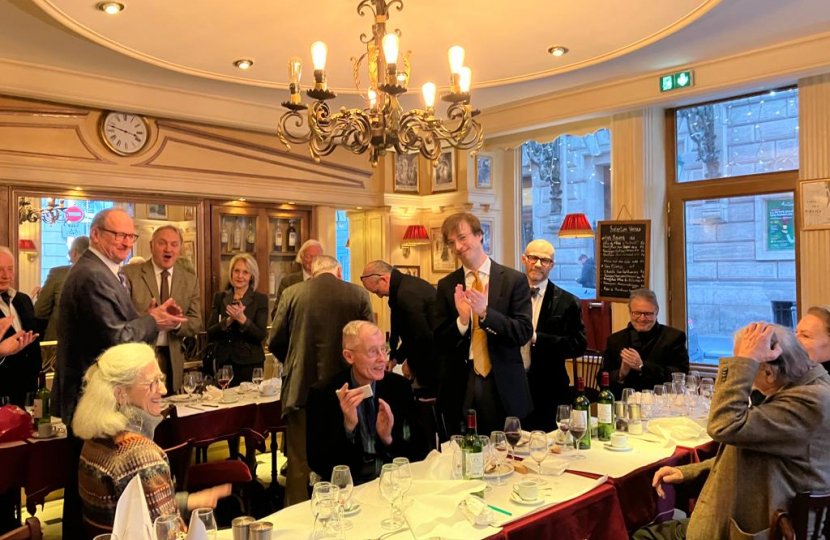 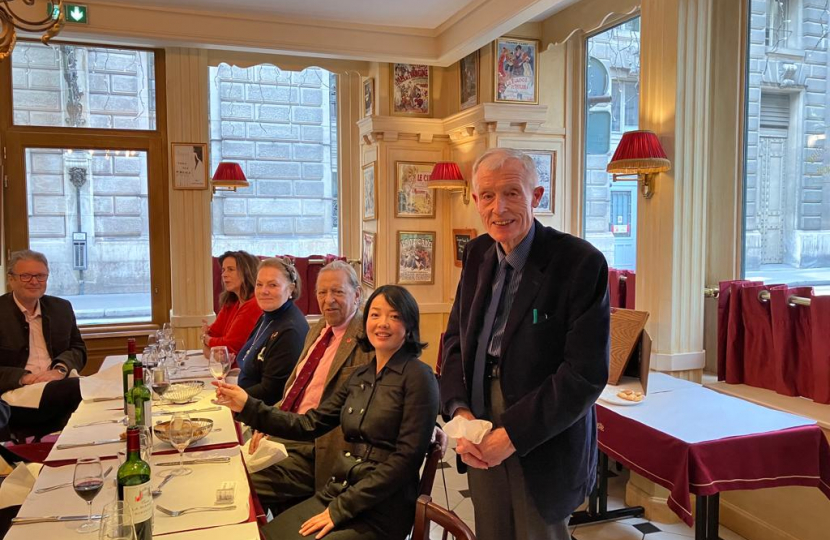 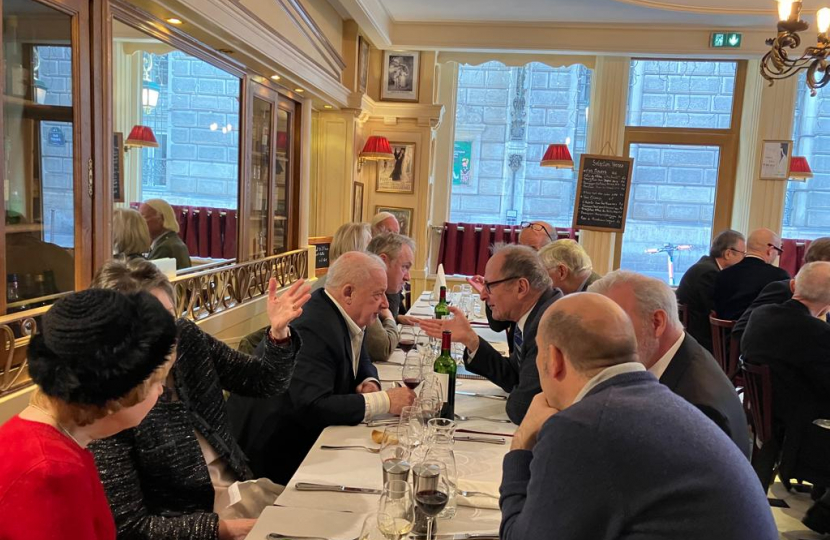 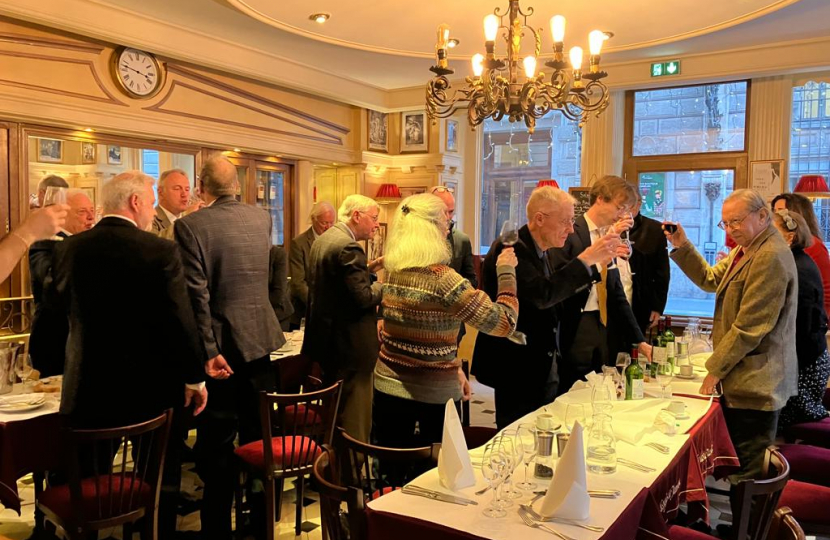 British Conservatives in Paris (BCiP) got into the festive spirit last weekend with a jolly Christmas lunch addressed by the prominent Soviet émigrée, Alexander Boot.

Born in Russia and educated at Moscow University, Alexander Boot lectured on English literature, wrote art and film criticism, and made a nuisance of himself with the authorities. Pursued by the KGB, he emigrated in 1973, first to the USA and then, in 1988, to the UK.

In a series of books, Alexander Boot examines the fall of the West and attempts to make enough sense of it to ponder the shattered temple, to understand why it was destroyed and by whom, to pull together its scattered fragments to see how they add together while hoping against hope that one day they would again be whole.

An enthusiastic Q&A followed the talk and speeches were made by BCiP President Jeremy Stubbs, with contributions from Evelyn Joslain who introduced our guest speaker, Paul Thomson BCiP Vice President, and Raf Pittman, Conservatives Abroad France Coordinator. Tombola prizes were donated by committee members. The event was well attended by over 20 members and friends.

Liam Fox visits Conservatives Abroad Dubai at the start of the new year.

The Rt. Hon. Dr Liam Fox MP started 2023 off with a visit to the Middle East with his work for the UK Abraham Accords Group and made time to meet up with the Conservatives Abroad Dubai group.