Conservatives Abroad in BVI get together 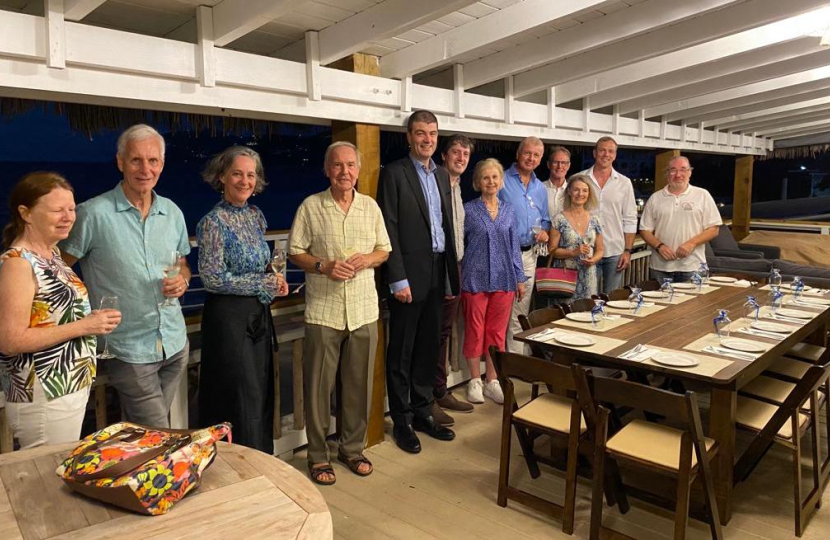 Joint Conservatives Abroad Representatives for the British Virgin Islands, James Bridgewater, and Shane Quinn were delighted to welcome Heather Harper MBE to a meet & greet get-together at the newly re-opened Long Bay Beach Resort on the main island of Tortola in the Leeward Islands. Following a welcome, the newly appointed General Manager of the resort briefly explained management's plans to upgrade the resort and to open new rooms following renovation from the damage caused by hurricanes Irma and Maria. The attendees were asked to introduce themselves and many had been either Party members in the UK and or in other jurisdictions. Heather was pleased to update attendees on the passage of the Votes for Life Bill, which when passed will abolish the current 15-year limit on UK ex-pats being entitled to vote in UK elections.