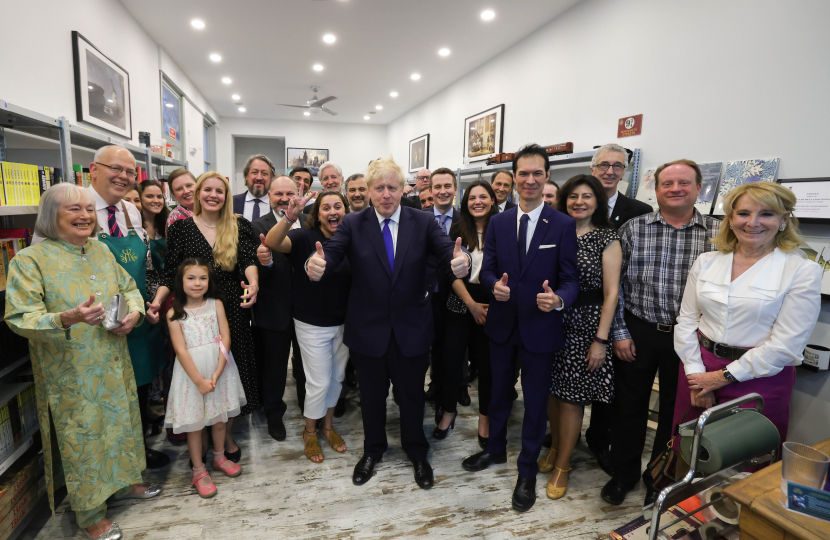 The Prime Minister met local Conservative party members, representatives from the Partido Popular and local British business leaders in the newly opened The Secret Kingdoms bookshop to celebrate the achievement of the Elections Act 2022 which secured the right for all British citizens living overseas to vote, and the Madrid branch’s 13th anniversary.

Richard Lewington, Chairman of Conservatives Abroad Madrid said, “It was a pleasure to welcome the Prime Minister to Madrid who recognised the achievements made by Conservatives Abroad over the last 13 years in the city. Since 2009, we have managed some truly great feats: the establishment of Plaza Margaret Thatcher, strengthening our relations with the Partido Popular, and of course, achieving Votes for Life. Approximately five million plus Britons globally are now enfranchised thanks to the tireless campaigning led by Conservatives Abroad in the UK, but also locally here in Spain and across the wider world. We are grateful to the Prime Minister and his government for securing our right to vote for life.”

Mr Lewington, 40, originally from Southend on Sea, Essex is a former NHS nurse who moved to Spain in 2007. Without the Elections Bill receiving royal assent, he would have lost his right to vote this year.

Speaking to the approximately 50 British and Spanish guests attending, the Prime Minister paid tribute to the longevity and strength of Anglo-Spanish relations, the contributions of the British population in Spain and talked about the importance and value of the Elections Act to the approximately 400,000  British ex-pats living in the country.