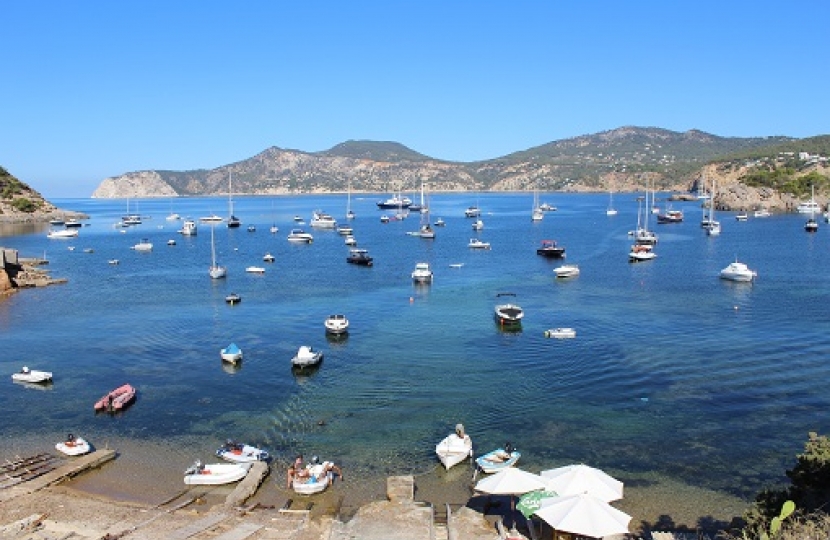 Overlooking the secluded bay of Porroig, residents and visitors mingled in the beautiful home and gardens of Charlie and Louise Bracken for cocktails and canapes, generously sponsored by Ibiza-Southerbys.

Speaking at the event Conservatives Abroad National Chairman, Heather Harper, stressed the importance of the expat vote in the forthcoming General Election and urged everyone to register to vote in 2015.

A further 2 million expats are excluded from voting, most because they are debarred from voting if they have lived abroad for more than 15 years.  Conservatives Abroad is campaigning to remove this unneccessary restriction on Britons’ democratic rights.

Anyone interested in joining Conservatives Abroad Ibiza can visit www.conservativesabroad.org and those wanting to support Lindsay Hall’s campaign  can contact Lindsey (lindsey@lindseyhall.co.uk) or Pamela Deakin pameladeakin@outlook.com.