Government delivers on pledge to give British expats Votes for Life 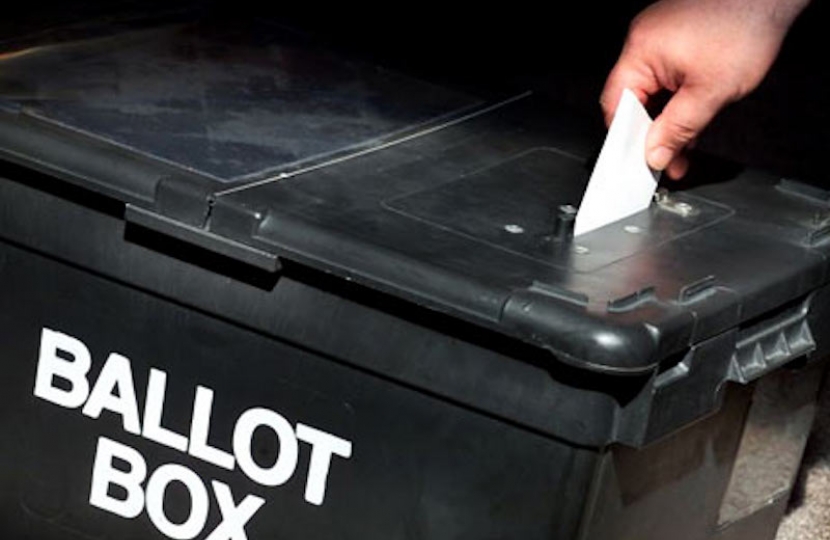 Chairman of Conservatives Abroad Heather Harper MBE said “We have been campaigning long and hard to right the injustice of British expats being disenfranchised from voting after a time limit of 15 years. Today, the government restates commitment to deliver its pledge to scrap the ‘15 year rule’. The second reading of Glyn Davies' Private Members Overseas Electors bill on February 23rd brings us closer to getting votes for life for all British expatriates. In our history of democracy as we celebrate the centenary of women being granted the right to vote, we must now enable all British citizens to have their voice heard”.

The Government today restated its commitment to ending the current 15-year time limit on British expats registering as overseas electors.

As well as removing a time limit on the right to vote for UK citizens living abroad, the Government intends to enfranchise any British expat who was previously resident or registered to vote in the UK. This is part of the Government's wider ambition to strengthen the foundation of democracy and continually increase voter registration by ensuring every voter’s voice is heard.

British expats – under existing laws – have the lowest level of voter registration of any group, but combined, these changes will mean millions of UK citizens overseas will be eligible to register to vote.

The Government published the policy statement “A democracy that works for everyone: British citizens overseas” in October 2016 asking for views on its detailed plans to introduce votes for life. It set out how it would scrap the rule that bars British citizens who have lived abroad for more than 15 years from voting in UK Parliamentary Elections, as set out in the Government’s manifesto.

The response to the consultation about the votes for life policy statement will be published on GOV.UK ahead of the second reading debate in the House of Commons on 23 February of Glyn Davies MP Private Members' Overseas Electors Bill.

The policy statement attracted a range of responses from the electoral community and the public.

Minister for the Constitution Chloe Smith said “Participation in our democracy is a fundamental part of being British, no matter how far you have travelled from the UK. It is right that we should remove the 15-year time limit on voting rights of British citizens living overseas and allow those who previously lived in the UK the chance to participate in our democracy.

“Expats retain strong links with the United Kingdom: they may have family here, and indeed they may plan to return here in the future. Modern technology and cheaper air travel has transformed the ability of expats to keep in touch with their home country.

“Following the British people’s decision to leave the EU, we need to strengthen ties with countries around the world and show the UK is an outward-facing nation. Our expat community has an important role to play in helping Britain expand international trade, especially given two-thirds of expats live outside the EU.”