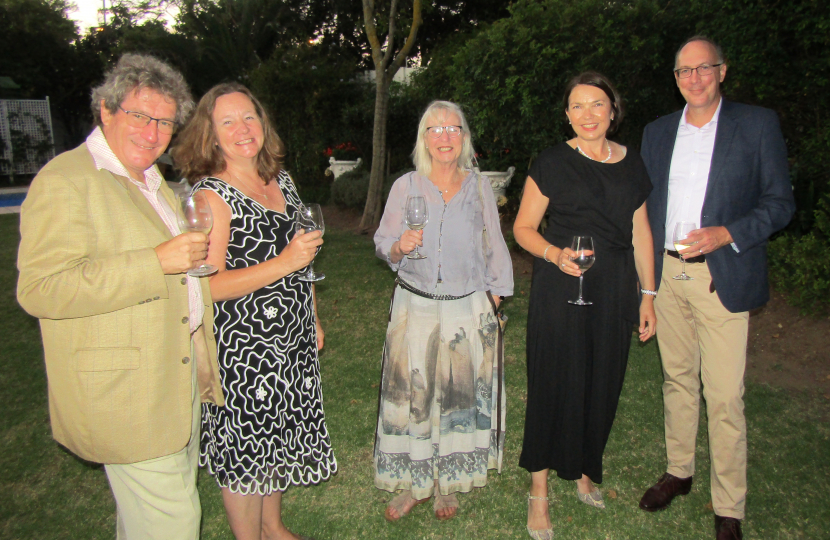 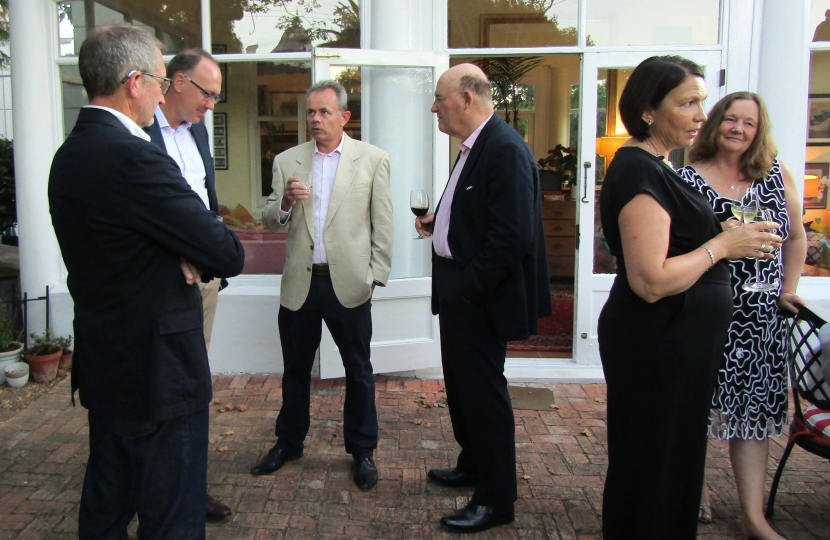 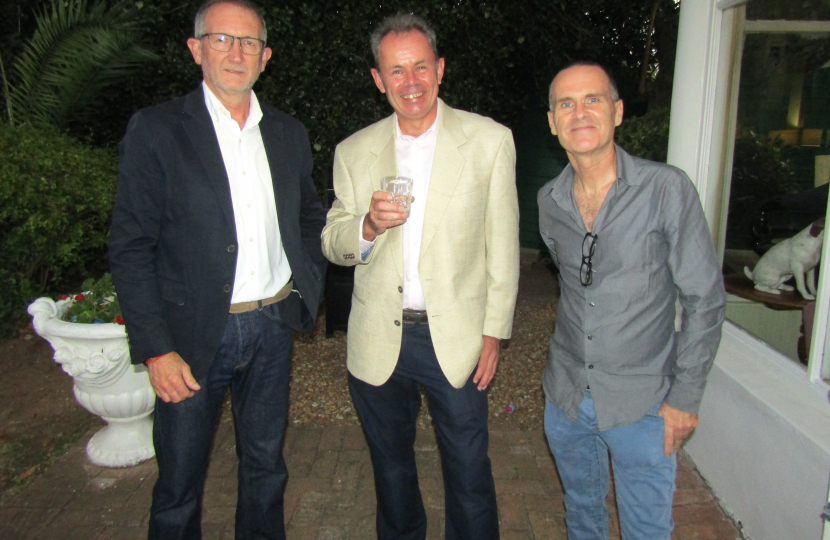 Her Majesty's newly appointed High Commissioner to South Africa, Mr. Antony Philipson, and his wife were guests this week at a Conservatives Abroad organised gathering & dinner at Brooklands House, the home of Philip and Sandra Engelen in Cape Town. Philip is the Co-Chair of Conservatives Abroad in Cape Town. A number of British ex-pats resident in the Western Cape were there, including many in business with strong export connections to the UK. Given Mr. Philipson's diplomatic status, UK politics were only talked about in general terms. Two of South Africa's top winemakers, Jeremy Borg of Painted Wolf Wines and Cathy Brewer from Villiera Wines were in attendance to showcase their outstanding wines, which were greatly enjoyed by all those in attendance.